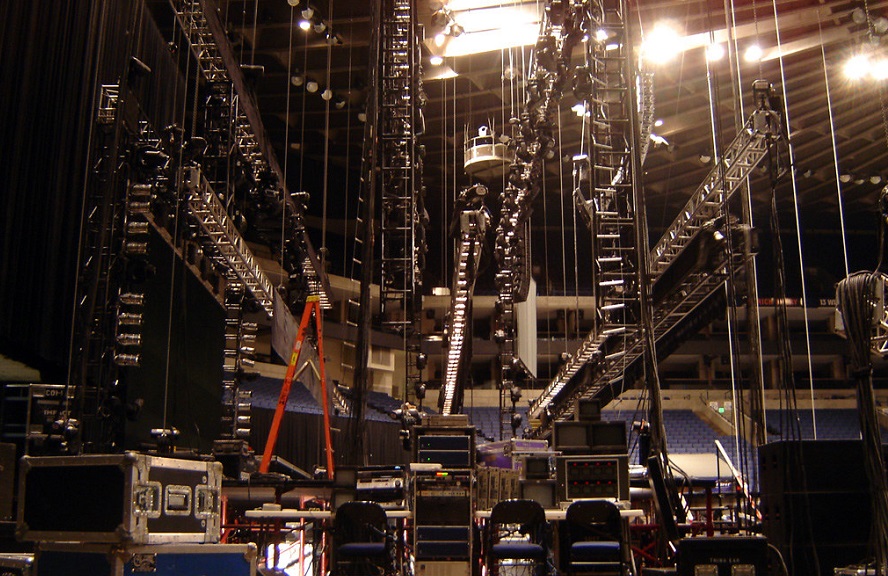 Events supporting companies that have yet to receive their Culture Recovery Fund grants have called the delays and lack of communication from donors “unacceptable”.

The CRF’s second round grants are intended to cover costs for the three months starting in April, but two weeks after that period ends, many companies in the live event supply chain are still awaiting payment.

Some fear they will never get it, or that the rewards will be reduced, amid questions from Arts Council England (ACE) about their receipt of government-backed bank loans and whether they view the granting of the CRF as a grant”.

One person familiar with the issue said: “People are really worried that they have, in good faith, declared a loan and that some of the expenses they have claimed might be reduced.

This caused planning difficulties for companies, some of which had to borrow more to stay afloat.

“As per the terms and conditions, we started with limited cash flow, but we’ve run out of it and now need the cash,” an event business manager told ArtsProfessional.

DCMS could not say at this time whether it would extend the period of use of the funding beyond June to make up for the delay, or whether receiving a business interruption loan for coronavirus would result in a reduction of attribution.

In emails, ACE told recipients it was discussing the “status” of these loans with DCMS. While none of the funders have responded to questions about how many supply chain companies have yet to be paid, lobby group #WeMakeEvents estimates that more than 100 are affected.

Consultants helping these companies overcome the confusion said they were horrified.

“I have never known such a shameful and shameful way of dealing with people whose lives are truly on the brink,” said a consultant with significant experience with ACE funding programs.

“Very smart and entrepreneurial companies are now being held to ransom the money that was offered to them.”

The consultants say organizations’ experiences have varied, with some receiving their full price while others face seemingly endless delays.

One company awaiting payment was asked to provide a diversity plan (ACE says this was only required for people with low diversity scores), while another said they received their rejection only to find out. that ACE had used financial information that did not belong to them.

A company was quickly paid after writing a letter of complaint to Culture Secretary Oliver Dowden.

“The whole process was mismanaged and there appears to have been little to no strategic discussions with DCMS prior to deployment and subsequent assignments,” the consultants said.

Most companies in the supply chain mistakenly believed they were not eligible for the Culture Recovery Fund’s first round, and ACE went out of their way to invite them to apply for the second.

But a second consultant said the process was not designed with their needs in mind.

Unlike commercial businesses, a charity client had not received any letters requesting his emergency bank loan.

“It seems there is one rule for business ventures and another for everyone.”

ACE said questions regarding the status of grants are not to blame for the late delivery, but did not say what is.

The funder said it recognizes that the new post-Brexit grant control rules “may be difficult for organizations to understand and that some organizations may have wrongly declared the award as a grant”, inadvertently triggering a assessment of its legality.

“For this reason, an email was sent asking organizations to review the information they provided and resubmit their statement.”

But as for-profit businesses, many beneficiaries in the supply chain are first-time applicants for public funding and have struggled to understand the “tortuous” process.

“It’s new territory for us, but we’ve ticked all the boxes and done everything they asked of us,” said another company director.

“Now we are in week 10 of a 12 week spending plan and we have no money. It’s not so much the lack of money – it’s the constant threats of it happening. not.”

The consultants said the companies were “hampered by bureaucracy and the lack of direct contact with anyone who can provide advice and support.”

They could only contact ACE by e-mail: “[This] more often than not, they will refer them to previous guidelines which are not clear and to the very reason they are contacting ACE for information. “

ACE recently asked a business manager how he spent a grant he hadn’t yet received: “I didn’t get a dime.

The lack of communication has been “a sword of Damocles”, impeding progress towards recovery.

Confused by the grant question, he sent four emails to ACE in April asking for clarification, but received no response. Running up against the deadline to accept the grant, he declared it as a grant, which caused confusion.

He has since been asked to share details of how he spent his business interruption loan and what he plans to do with the remaining funds.

But with no idea of ​​when he will receive his grant from the CRF, he has been reluctant to use any of his reserves.

“If we had known from the start … we would have a different strategy for transition and survival.”

Loan loans in times of Covid-19